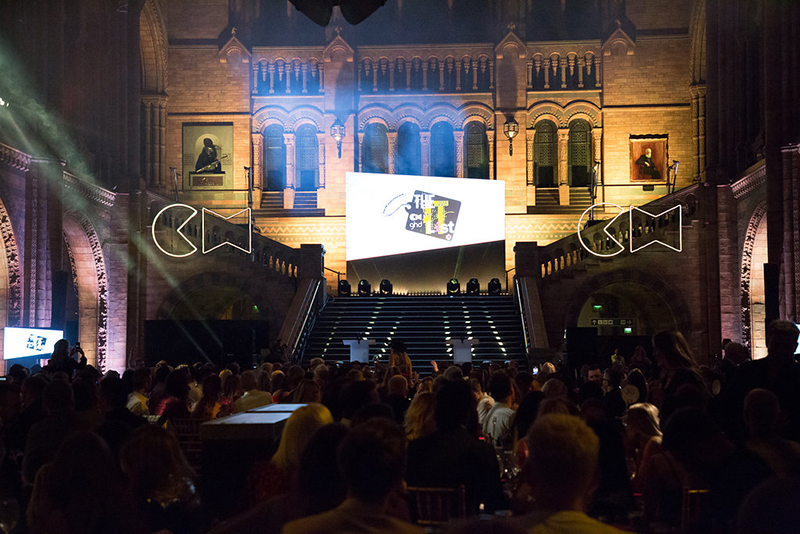 With the witty and wonderful Katherine Ryan as the It List Grand Final host alongside Creative HEAD editor Amanda Nottage, the Natural History Museum’s dinosaurs were hit by a youth quake as 30 finalists all aged 30 and under battled it out for the six titles.

In the incredible surroundings of the Hintze Hall, and overseen by 25m long Hope the blue whale, it was a regal-themed final as sponsor ghd unveiled its Long Live the Queens campaign to celebrate the launch of its new Platinum + styler (every finalist received a personalised one, thankyouverymuch!).

It all kicked off in the most fabulous way with new Rising Star, Jordan Massarella from NashWhite. “I didn’t come into hairdressing until my mid 20s, I tried other jobs before this and I was a dancer too, but more people are doing coming into hairdressing later now,” he admitted. “The It List gives people a goal, and it has given me a goal for the past two years – it’s amazing to win!” According to the judges, this year’s Fashionista Award belonged in the hands of a colourist, Josh Wood’s first assistant Mads-Sune Lund Christensen, who thanked Josh for all his support. And scooping The Entrepreneur trophy for his pimped out Airstream salon, Phil Benton from Douce admitted that you “can’t do it all on your own, so big up my family!”

A finalist for the It Guy Award on several occasions, that trophy finally made it into the hands of Rainbow Room International’s Paddy McDougall this year: “It just feels amazing to be up here winning an award in front of the people who I admire so much. It’s so surreal and thank you anyone who has helped me!”

But the big winner of The It List 2018 was double victor Grace Dalgleish from Brooks & Brooks, who took home both The Visionary and The It Girl trophies. “I don’t know what to say, I’m blown away!” she exclaimed. “I need to ring my mum! Brooks &Brooks, this is for you!”

And to finish on a high, beatboxer Mr Fox unveiled a personalised rap for all the winners, namechecking each and every one in a fantabulous freestyle that had the room gobsmacked.

A stunning, sculptural silhouette by @errolkaradag

Elegant opulence by @stellihair, and colour by @sv

This is one Dry January we can get behind! #ghddry

Against a backdrop of modern hieroglyphs, 'Brand N

Apparently today is '#BlueMonday' – the most mis

Crowning glory 👑 ⠀ ⠀ A stunning display of