The It List – it’s THE most incredible platform for hairdressing’s most fresh and exciting new talents – the rule-breakers, risk-takers and innovators changing things up and blazing a trail. The six coveted titles are respected industry-wide, and recognised by the fashion and beauty press, leading artist management agencies and national broadcasters.

Because my winning Visionary collection was based on the struggle of mental health, it was important that I really took in how big a deal winning this award was. I needed to congratulate myself and encourage myself to utilise this newly-found confidence in a productive way, and that’s how CHAIR salons was born. You could almost say that I wouldn’t be self-employed now, if I hadn’t entered and won – Casey Coleman, The Visionary 2017 @caseyc_hair

Winning The It Girl just meant everything for my career. I am so industry led and it was so amazing to be recognised by fellow peers. People knew my name that didn’t know me before – and I was interviewed by local radio, which gave huge exposure to me and the salon, and brought new clients in – Ashleigh Hodges, The It Girl 2014 @ashleigh_hodges_hair

The benefit of winning is the recognition from peers and it gives you a platform to product companies. If you want to work out of the salon and have these benefits and platforms to work with the brands that you love, then it just cements what you’re doing within the industry and they start coming to you, rather than you going to them! – Ky Wilson, The It Guy 2017 @kycutwilson

I headed the Mulberry Trunk show S/S18 during Paris Fashion Week for the first time – Gary [Gill] believed that I could deliver to his standards and trusted me to lead the hair team – Rebecca Chang, The It Girl 2017 @iam_thechang

I had been hairdressing unnoticed for almost 10 years before winning my first award. That night I was spotted by Cloud Nine, a brand I went on to represent as global creative director. It was also the first time Josh Wood had heard of me – he later took me on as part time resident stylist at his Notting Hill and Liberty salons. The same night, I was introduced to Lindsay and Paul from Premier Hair & Make-up, who made one of my lifetime goals come true by inviting me to join their books. I also managed to network with a few session stylists who agreed to allow me onto their teams for my first ever time assisting at Fashion week. And I put my own team together for a scheduled show at Fashion Week – Leigh Keates, The Fashionista and One to Watch (now known as The It Guy/Girl) 2010 @leighkeateshair

Winning The Visionary award really made me feel content about the work that I do. It was the second year running so I felt motivated to keep going and I really believed in myself.  The exposure that I got was immense – it was all over the social networks and meant as many eyes as possible saw my work. I had a really great response – Jonathan De Francesco, The Visionary 2014 @jondefranc 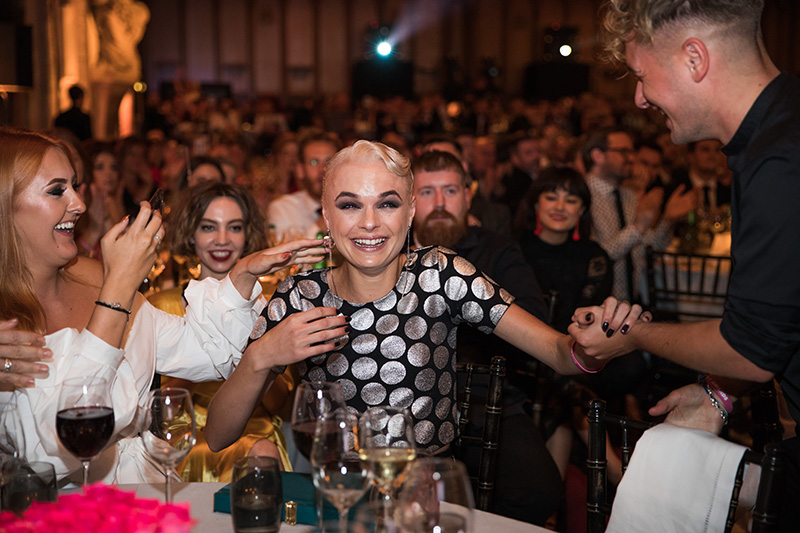 Winning The Rising Star accolade made it easier to get jobs at Fashion Week, plus models for my training. Also, I’ve been given incredible education days with Christopher Brooker and styling with Adam Reed – two of my hair idols! – and presented on stage at Salon Smart! – Darcie Harvey, The Rising Star 2017 @darcieharveyhair

After winning The Fashionista award, my session work continued to provide some incredible opportunities and experiences. In the months that follows, I had work published in Vogue Japan and cover stories for Wonderland and Kinfolk. I also assisted at the fashion season, working on shows including Thom Browne, Moschino and Maison Margiela to name a few – Michael O’Gorman, The Fashionista 2017 @mikeogorman_

Since winning, recognition was key. Little things from Instagram followers to people messaging on Facebook for interviews. But the main thing was ITV reaching out to me and calling me up and saying ‘are you free on this date?’ They came in, they took loads of shots, and they did an interview with me – and they caught my enthusiasm towards the event and it was so good. It got broadcast on TV and I had so many people messaging me about it. I was buzzing – Phil Benton, The Entrepreneur 2018 @phenton

Historic aesthetics viewed through an avant-garde

We’re spilling all the secrets to success, becau

Bridal beauty with an editorial edge from @nicky_b

"With fluid, mirror-gleaming colour and an eagle e