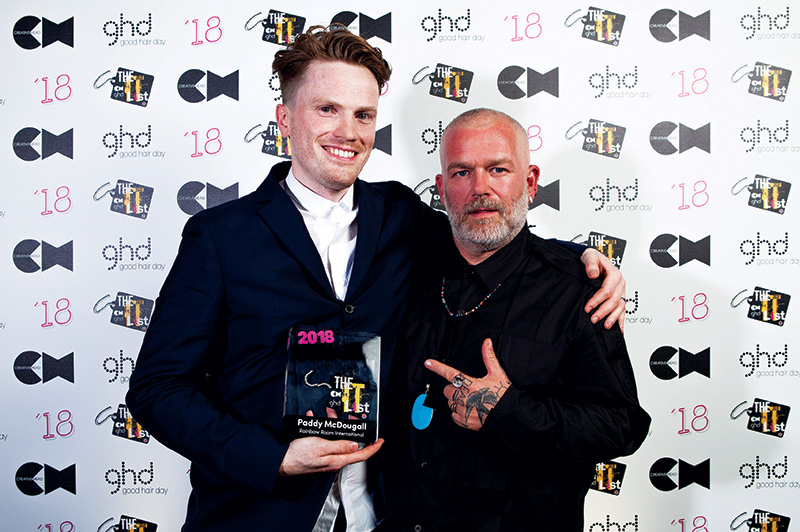 FRESH. YOUNG. TALENT. It’s your time to shine… The It List 2019, presented by Creative HEAD in exclusive partnership with ghd, has arrived and we’re ready to reward trail-blazing forward-thinkers who can prove they have it!

The most credible competition for exciting new emerging names aged 30 or under, The It List has six sought-after titles waiting to be claimed and this year each category is open to hairdressing professionals in Ireland as well as the UK. Check out the categories out HERE

Worked for it? Then it’s time to claim it! The Rising Star, The Fashionista, The Visionary, The Entrepreneur, The It Guy, The It Girl… which one do you covet?

EXPERT EYES ON IT
Your entry will be judged by top hair stylists like Nicola Clarke, Neil Moodie and Johnnie Sapong, leading beauty journalists including marie claire’s Lisa Oxenham and representatives from international talent agencies such as Streeters and Premier Hair & Make-up.

STARRY STARRY NIGHT
The It List Grand Final is one awesome affair. On Monday 2 September an A-list crowd will gather at a top London location for the most unmissable night in the hairdressing calendar. We made memories at the Natural History Museum. We painted the town at Tate Modern. And 2019 is set to create a stir of its very own.

WANT IT? CLAIM IT!
For the six triumphant who earn their place on Creative HEAD’s 2019 It List, a host of fabulousness awaits. Alongside a It List trophy and tailor-made mentoring from ghd, winners receive copious coverage in Creative HEAD and instant industry respect. Past winners of The It List have gone on to achieve major industry success; think Sophia Hilton, Ky Wilson, Leigh Keates, Cyndia Harvey and Chris Appleton to name just a few.

STAY TUNED #MWIT19
Have you signed up for our events newsletter? It’ll be the first place for the latest #MWIT19 news, if not, do it NOW

Then bookmark creativeheadmag.com/theitlist for everything from entry forms, dates and deadlines to video tips from last year’s winners, and get all the award news and insider gossip, as it happens via social media by following @creativeheadmag. Keep an eye on Facebook, too, for photo-filled albums of all the glamorous It List goings-on.

This is your daily reminder that you have FOUR DAY

All we want is some clarity.⠀ ⠀ The hair indus

It's time to MWIT the ground running because there

With the deadline for entries for #MWIT20 rapidly

For the next instalment of our Life in Lockdown se

Get the inside scoop on taking home the trophy, from the stars of the 2019 It List!