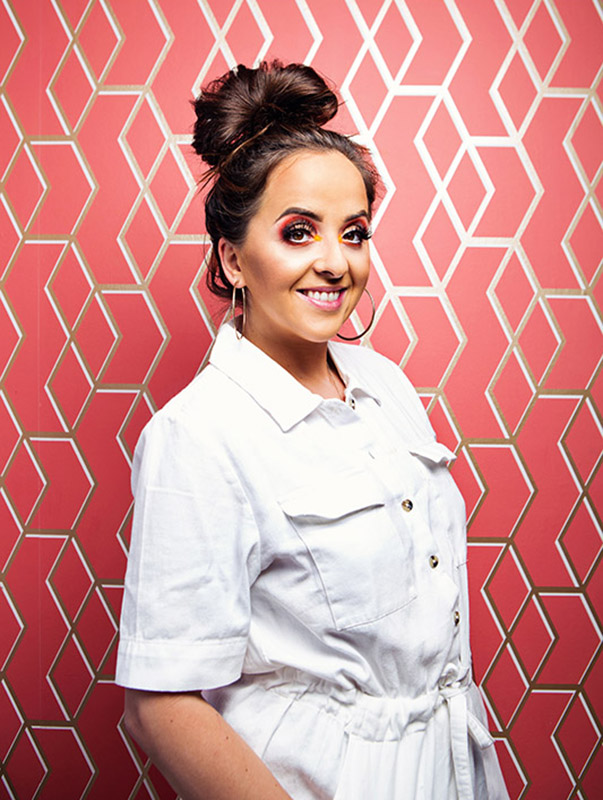 A new host I hear you ask? Yes indeed! Sadly due to work commitments in America, Aisling Bea has, regrettably, had to hand her crown as MWIT19 host over to another but fear not, our frowns didn’t take long to turn upside down…

We have a lot in common with our incredible new host, it makes us giddy with excitement just thinking about it…number one she likes to PARRTYY, hell with you lot, she’ll be in the right place…two one of her mantras is ‘What Would Beyoncé Do?!’ a good sounding board for our kinda lady…have you guessed? Let us enlighten you…it’s Luisa Omielan!

Winner of the BAFTA for Breakthrough Brit in 2018, Luisa has appeared at Edinburgh Fringe, Latitude, Reading, Leeds and V festivals, Stylist Live and her UK solo tours have been in such high demand, they sold out and were extended as a result! Add to that appearances in New York, LA , Singapore, Melbourne, Perth and Estonia, a crowd-funded ‘Am I Right Ladies?!’ DVD (a clip of which has gathered 40 million views online) and you’ll understand why people the world over are clamouring to board the Luisa love train – one that shows no signs of slowing down.

Now, here at Creative HEAD, we pride ourselves on finding fresh new hosts, quick-witted, on the up and with that certain je ne sais quoi. Luisa has garnered rave reviews from The Guardian, The British Comedy Guide, The Times, Metro, Evening Standard and the Independent plus been dubbed Radio Times’ One to Watch, impressive stuff. She has also just secured a BBC3 series for her new show ‘Politics for Bitches’ and has a UK and International tour awaiting her this autumn.

She’s a lady who believes that dreams really can come true and that, after all, is what Most Wanted & The It List are all about. Love Island may have ended but guys, we have a match…

THE MOST WANTED AND IT LIST GRAND FINAL TAKES PLACE
ON MONDAY 2 SEPTEMBER AT PRINTWORKS, LONDON

#SelfStyledSunday returns THIS SUNDAY!. She's the

One last #metgala meme, because we BET some of you

We’re going out with a BANG as #TheCoterie hits

Meet our awesome foursome who are all ready to dis

Set a reminder, as this coming Monday (Sept 20) at

Inspired by the loss of loved ones over the past y